Have you forgotten just how good concept cartoons are?

Without a shadow of a doubt, the single most effective formative assessment strategy for eliciting pupil discussion across a range of subjects is….a concept cartoon.

I remember reading ‘Science inside the black box‘ and Paul Black and Christine Harrison singing the praises of concept cartoons as an A1 assessment for learning talking tool. They said,

Concept cartoons are excellent activities to promote discussion since they encourage learners to work out what they do know, partly know and do not know about a specific idea or concept. By agreeing or disagreeing with the different statements on the cartoon, students provide evidence of their thinking that is less threatening and more thought-provoking than the use of direct questioning. 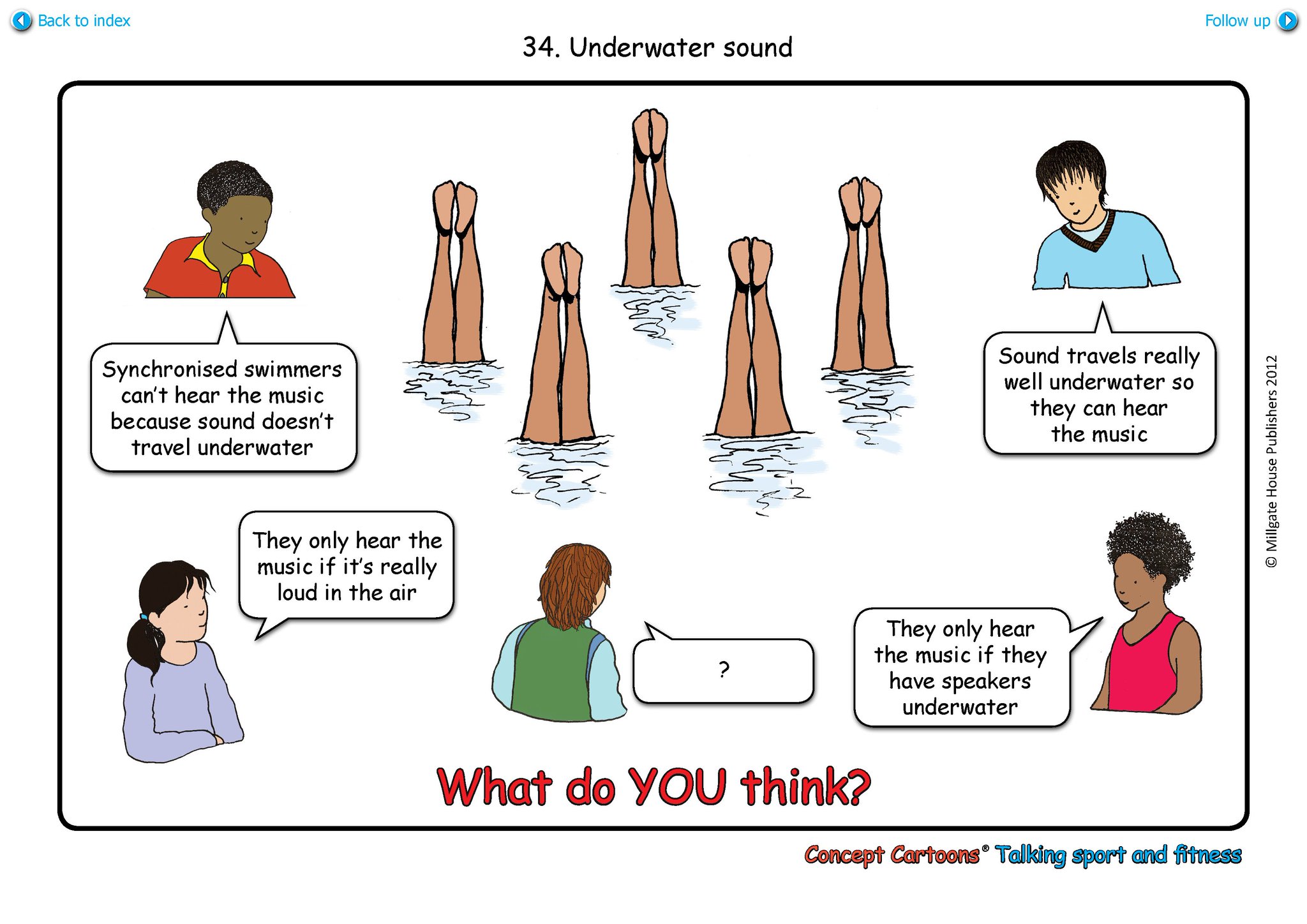 Concept cartoons are the genius ideas of Stuart Naylor and Brenda Keogh. It was their insight into probing understanding and creating a classroom culture rich in pupil dialogue that led them to create a number of brilliant science concept cartoons.

These visual disagreements invite learners into a learning conversation and allow everyone to participate and say what they think.

As a way of linking together teaching, learning and assessment in classrooms, concept cartoons have been shown to be highly effective with plenty of research to reinforce their efficacy.

Concept cartoons have been found to be:

What concept cartoons do so well is provide a context for presenting alternative conceptions which are tailor-made for discussion, debate and reflection. They naturally elicit students’ ideas and provide suitable challenges for upgrading their knowledge and understanding of key ideas.

Concept cartoons have been developed beyond science too. I joined forces with Stuart Naylor and Brenda Keogh to co-create some concept cartoons in maths. Their intention was the same: to prod, poke and push understanding, to stir cognitive conflict and bring about new thinking.

Here are some of the maths concept cartoons being used in a class in Sweden:

The following concept cartoon includes three characters looking at a maths dictionary defining multiply as ‘To multiply is to add a number to itself a given number of times’.

Discussing the content of this concept cartoon in small groups gives children an opportunity to not just talk but to justify and find the evidence to support what they are thinking and saying. Using a simple table they can present their findings as follows:

Peer discussion plays a huge part in a concept cartoon as it allows children to articulate and check ideas before they share with the whole class.

Concept cartoons provide a truly innovative and effective approach to teaching and learning with considerable potential value for teachers. They effortlessly stimulate discussion and help children become immediate participants. They can also access the cartoons at their own level of understanding and attach themselves to one of the views inside the cartoon – if they don’t turn out to be right then they can always blame one of the characters!

A key finding of concept cartoon research has been how they help children conceptualise and re-conceptualise. As Naylor and Keogh found,

They are particularly effective at scaffolding children’s ideas and arguments and provide them with a frame of reference to extend each other’s understanding by trying to reach a consensus of opinion. In this sense, they are perfect talking grounds for unearthing any misconceptions or ideas in embryo.

The potential of concept cartoons extends far and wide into the curriculum with scope for use in every subject. Here’s an example of how they could be used for spellings:

What concept cartoons do so well is set up a debate, invite cognitive conflict, inspire dialogue and promote participation. They encourage learners to compare and contrast, to look for evidence and justify their own reasoning in response to the characters in the cartoons. Everyone in the class is expected to have an answer and contribute to the learning conversation and all answers, whether right or wrong, are used as stepping stones to achieve a fuller understanding. They are therefore used as talking tools, to help learners’ build on each other’s ideas, use each other as sounding boards and work creatively together to make sense of a key idea. Talk is not an optional extra in a concept cartoon, it is an essential ingredient; it is expected.

A disagreement helps set the learning agenda for what happens next in a lesson or series of lessons. A failure to agree is actually a success for learning. From one small statement a whole domino effect is generated whereby children respond to each other creatively and help build layers of understanding.

Concept cartoons pitch one idea against another. Some of the speech bubbles seem plausible, some are ambiguous and others are way off the mark. Concept cartoons promote ‘thought friction’, spark ideas and kick-start conversations like nothing else

Give concept cartoons a try and judge for yourself the impact they can have on the rate, depth and breadth of your pupils’ learning.

Living with incurable cancer: an unswerving gutsy approach that leads to taking action against very slim odds and achieving what no one thought possible.
Living with cancer requires titanium tenacity, platinum positivity and gold-plated hope. It certainly isn't easy but taking action against the odds is in my nature.
Loading Comments...
%d bloggers like this: