We all work with them.

They tend to be in every workplace.

These are the people that are the flies in the ointment.

They are often toxic.

They change the atmosphere with their presence.

They change the atmosphere without their presence.

They need to be given a wide berth.

Who are we talking about?

That’s right, the Neg Ferrets and others.

Adrian Webster’s book Polar Bear Pirates is where I’m getting my inspiration from today and I take no credit for what follows.

In this brilliant motivational book, Adrian introduces us to the negative souls who spoil the party.

Neg ferrets are the pessimistic warriors of doom with insatiable appetites for other people’s problems.

They spend much of their time hacking their way through the positive in order to find a negative. Adrian says they are the equivalent of indoor rain clouds and have a problem for every solution.

These are the people who literally thrive on negativity. They never manage to say anything positive but can waffle on for days about what isn’t right.

They steal your mood. They take your energy.

Thankfully, they will light up the room when they leave it. 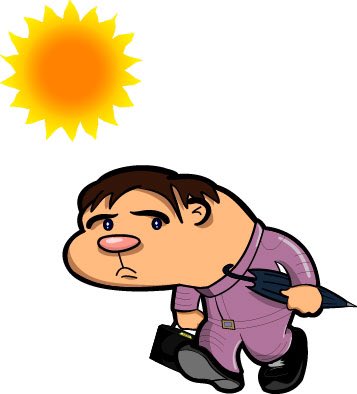 Don’t listen to the Neg Ferrets, they predict 10 out of 2 disasters!

He has a quick tip for us the next time we encounter a Neg Ferret:

If a Neg Ferret ever asks you how you’re doing, look them in the face and reply “Fantastic thanks!” Then sod off.

Bloaters are boasting, lazy, obnoxious and tediously egotistical reptilian saddos who are absolutely full of it! 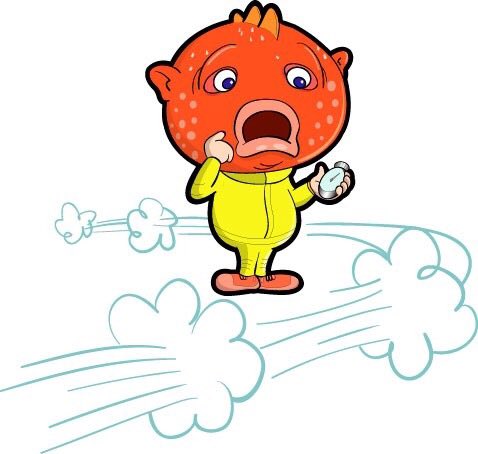 These are people with doctorates in hindsight, they know everything and they have an opinion on everything under the Sun and beyond it.

Sinkers are the bitter losers who, as disciples of the pear shape, despise anyone else’s success and derive immense pleasure from torpedoing it.

They haven’t achieved all that much themselves so they really don’t like it when other people do. They live in a pear shaped world and float in a sea of negativity on a boat of failure.

Head Treads are those who block anyone coming up the success ladder; they are devoid of talent, having only got where they are through brown nosing, knife throwing and luck!

These are the most insecure of all negative people and are terrified of anyone in the ranks with actual talent.

Neg Ferrets, Bloaters, Sinkers and Head Treads are people to watch out for because they will do their best to rain on your parade, to puncture your progress and to make you feel like crap.

To help, we can draw inspiration from Polar Bear Pirates, people with bags of determination who have a Do-it-Yourself (DIY) belief. These are the doers with incredible energy who are extremely enthusiastic about life and believe in life before death!

To find out more then see Adrian Webster’s book and enjoy.