What do teachers want arming with?

After Donald Trump made ‘those‘ comments after the Florida massacre, teachers were quite rightly up in arms about the insanity of giving teachers guns in an attempt to keep children safe in their schools. It’s worth noting that some schools already do and many have been doing it for years. Armed teachers already exist.

Last week the White House indicated that the federal government could find the money to fund a million teachers being trained and armed with guns.

Mr Trump talked about ‘gun-adept’ teachers a bonus. This is an odd call –  how can there suddenly be money in the budget to arm teachers but not fund the supplies they desperately need?

They want plenty of other things though.

Using the hashtag #ArmMeWith, some teachers are proposing the resources they would rather be armed with and the response worldwide has been huge.

The idea was started by two teachers, Brittany Wheaton and Olivia Bertels, who met on Instagram. They started posting their own signs, and then offered a template for others to add their wishes and wants. Why not use the template and post what you’d like to be armed with?

Here are just a few of the posts. 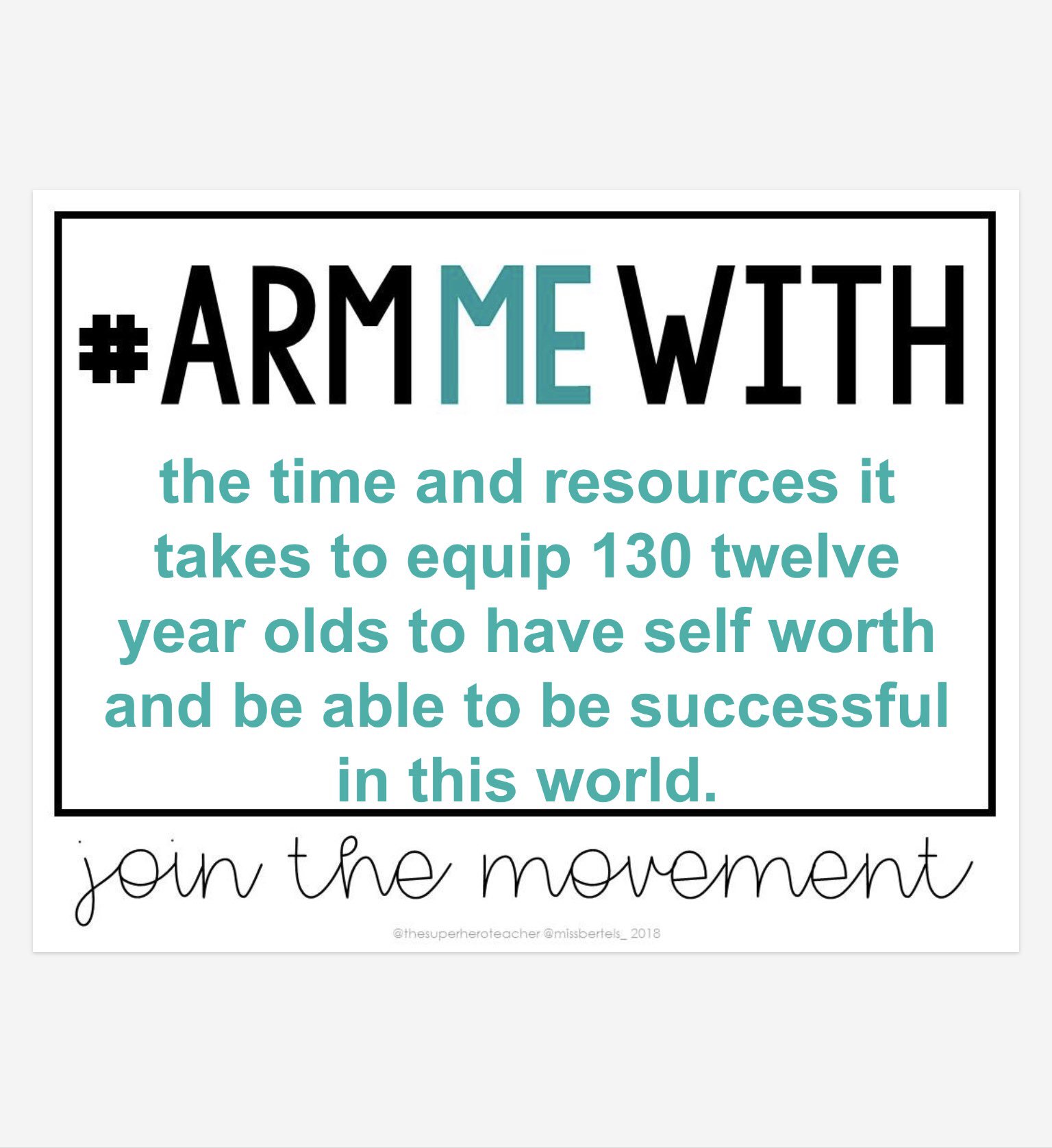 Brittany and Olivia say that arming teachers with guns is not the solution. They say,

When we launched the #ArmMeWith movement, we had one goal in mind: for teachers to have their voices heard and to present logical solutions to keep our students safe from the mass shootings that have taken place in schools, clubs, churches, and concerts.

Join the movement and say what you want to be armed with.

The stripes of a tiger are on the outside; the stripes of a person are on the inside.
Living with incurable cancer: an unswerving gutsy approach that leads to taking action against very slim odds and achieving what no one thought possible.
Living with cancer requires titanium tenacity, platinum positivity and gold-plated hope. It certainly isn't easy but taking action against the odds is in my nature.
%d bloggers like this: