Some women were allowed to vote for the first time 100 years ago today.

Up until Victorian times, women in the UK had very few rights, especially once they were married. A woman’s place was seen as being at home, bringing up children and running the household.

Two men were first to get the debate going about women’s right to vote: Henry Hunt and John Stuart Mill. Not all suffragists were women.

On 3 August 1832 Henry Hunt presented the first petition to Parliament asking for women to get the vote but it was not successful.

In 1867, male feminist John Stuart Mill suggested to Parliament that the law should be changed to give women the same voting rights as men but his proposal was rejected by 194 votes to 73. Despite this initial defeat, John Stuart Mill’s amendment sparked a continuous political campaign for female enfranchisement.

Not all suffragists were women.

Many women were outraged that they weren’t allowed to vote and one woman in particular led the way and fought for the right – Emmeline Pankhurst.

In 1903, Emmeline helped to start the Women’s Social and Political Union and the members of this group became the first suffragettes. The word suffrage means right to vote.

Suffragettes used to carry out demonstrations and sometimes these were violent but many people didn’t agree with their modus operandi and motto “deeds not words“.

Another group called the National Union of Women’s Suffrage Societies, was formed in 1897, and they believed in using non-violent tactics. They preferred to hold meetings, parade with banners, write letters or sign petitions in order to persuade the country that women deserved the vote.

They were called the suffragists and were led Millicent Fawcett.

The suffragettes and the suffragists  used different methods but they both wanted the same thing and that was to get women the vote.

But on 6th February 1918 an important law was passed called the Representation of People Act 1918 and this changed the UK forever.

The new law allowed women to vote for the very first time but not all women – it was only women over the age of 30 who occupied a house (or were married to someone who did) and this was amounted to around 2 in every 5 women across the UK.

Nevertheless, 8.5 million women could vote and have their say over who was in Parliament.

The law also gave all men over the age of 21 the right to vote and men in the armed forces could vote from the age of 19.

But things were still very unequal as the law said that all men over the aged of 21 could vote regardless of whether or not they owned property.

Politics started to really change as ten years later all women were given the right to vote.

And what about today?

How far have we come?

Dr Helen Pankhurst (2018) says in her new book Deeds Not Words (published today) that for the majority of women “it’s a kinder less cruel world” but quite clearly there is still much to do,

The goal of equality and social transformation still lies before us.

The Fawcett Society are at the forefront of campaigning. They are the UK’s leading charity campaigning for gender equality and women’s rights at work, at home and in public life.

They say that the legal system is failing women and in need of reform. Their landmark sex discrimination law review calls for a number of specific changes to the legal system.

• Progress on closing the pay gap has stalled, a lack of transparency prevents women from challenging unequal pay and legal cases can take many years to resolve
• 54,000 pregnant women and working mothers are pressured to leave their job early each year but just 1% of cases go to tribunal. Women are not protected after they return to work from maternity leave
• Statutory maternity and paternity pay is amongst the lowest in Europe
• Shared Parental Leave is not enough to enable many fathers to take time off work to care
• If someone is discriminated against because of more than one aspect of their identity they are not protected by the law
• The number of legal centres around the country has halved in ten years

To make equality law in the UK fit for the 21st century and create a fairer and more equal society then support the Fawcett Society Law Review. 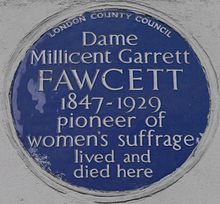